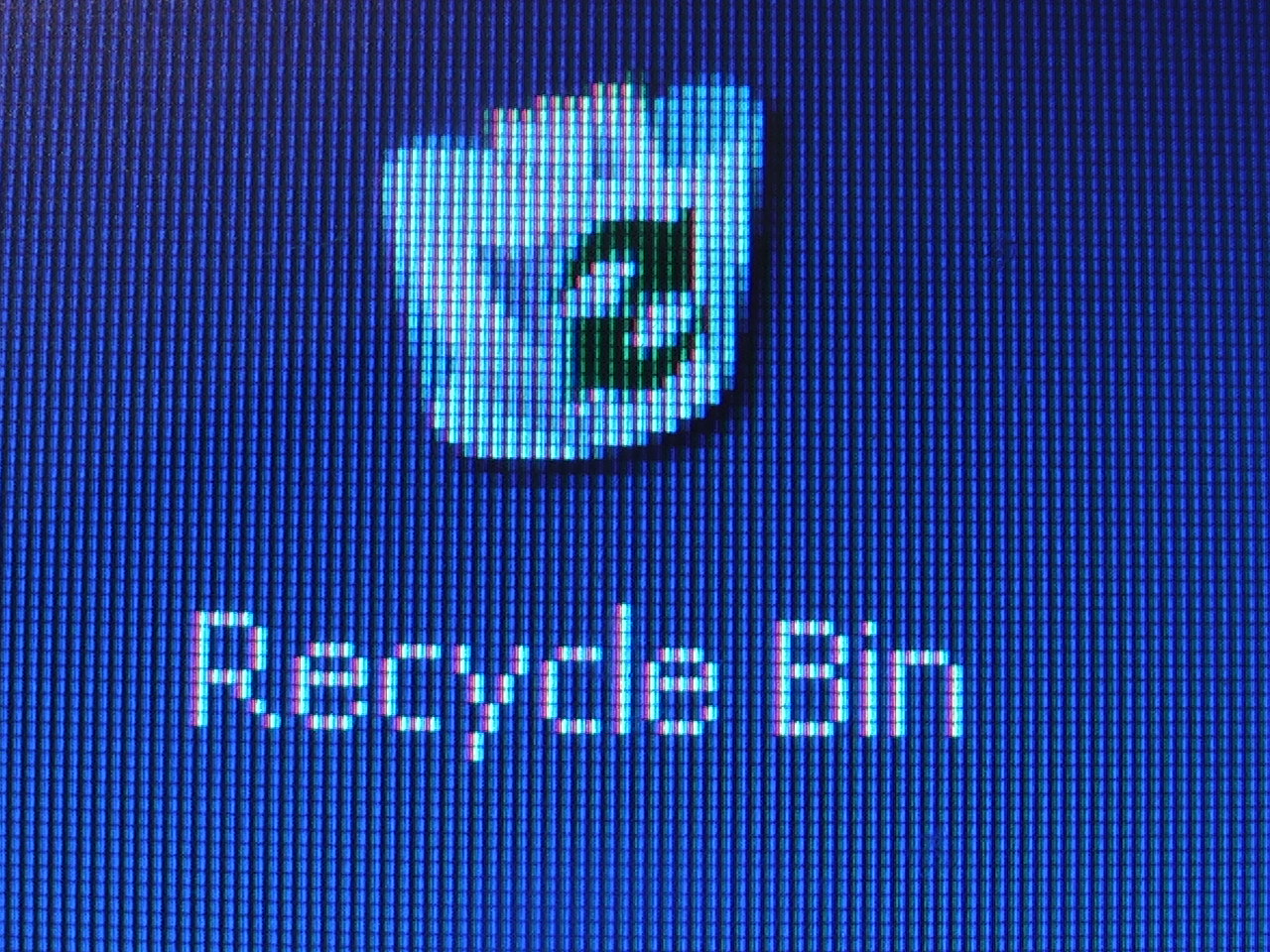 Most if not all tech goes through a usage life cycle. Obviously it starts with the tech being brand new. Fulfilling a new role or consolidating several existing functions in our lives to make things easier. Sometimes giving us access to information and skills we couldn’t reach before. I give you the first stage of tech life cycle… Brand New.

I have a few items in my arsenal that go through the cycle, but for this story I’ll use my laptop. A 2011 HP Pavilion G6 i5 Quad core, 6GB RAM, 500GB HDD, for free. I won it during a Halloween raffle when I was working at staples. They hosted a movie showing where you got a raffle ticket for attending, and two tickets if you wear a costume. I of course show up in my ghillie suit that I made in 2010. It actually was my second ticket that won, so my costume really won the laptop for me.

Winning a laptop alone is great but this was especially great for me since my smart phone was stolen from me a few years back and my only form of computer at the time was my desktop. So I was mobile again! Clunky but mobile! Plus college was right around the corner so this really was a big win. I was able to take notes on the fly, write code for my programming classes, and do a bit of gaming between classes especially Minecraft.

Stretching the full lifespan of tech

With that all out of the way, I used my laptop to its fullest. Towards the end of college, I threw in some upgrades. I got a bigger battery (12 cells vs 6 cells) doubling the lifespan, and installed 2GB of RAM bringing me up to 8GB. Running Windows 7 until its EOL, skipping Windows 8 all together, I had to face reality and install Windows 10. This is when the age of my laptop hit the hardest. Windows 10 brought it to its knees. Until I got my first full-time job, where they provided me with a laptop. A lot newer than my current laptop, by 6 years now.

Therefore, we now enter the too slow stage…

The Too Slow Stage

This stage in the life cycle is strange. Its right when our current tech starts getting frustrating to use and at the same time we start seeing new items in the market. Oh I’ve had this laptop for 6 years and it takes a full minute to boot, its time to get a new one. Not to mention that my friend just got a new laptop and its wicked fast! What makes this stage weird is because its a matter of perspective. Its always funny to watch the iPhone key note back in 2007 when it was impressive that Steve could pull up a web page in 30 seconds. Those numbers are completely laughable by today’s standards. But if things stayed that way, we wouldn’t know any better.

If we stuck to our old tech and never explored options or saw the new devices that our social circle uses, we might never hit that too slow moment. In my case, it was the laptop I used for work. That was my perspective change. It was a Lenovo, i5 gen 7, 8GB of RAM and a SSD. Boy do those Solid state drives make a big difference!

Cold storage, aka the first death of the tech life cycle

So my home laptop was thrown into storage for a while since I could just use my work laptop for mostly everything. The beauty behind using modern browsers today is you can split personal profiles from your work profile. The only rule I had for my work laptop was no games. I did however, install steam and use its in-home streaming service to play games anywhere at home. It pretty much went like that for a while until a couple of jobs later when instead of giving me Windows they gave me MacOS.

Not only MacOS but Linux too. My only encounter with Mac and Linux is basically non-existent. My buddy from college had a mac because he was an art major. And for our senior project we used a Raspberry pi which ran Debian 9. I could just throw up a few VMs on my desktop to test Linux to get a hang of it. But I figured Linux is lighter than Windows 10 so this might be a good opportunity to blow the dust off my HP laptop.

And so we now enter the revival…

With my old laptop alive once again, I was painfully reminded how slow Windows 10 runs on it. Not only is the boot a solid 3 minutes, but it was offline for so long there was Gigs of updates to download. I decided to just toss the idea of Windows and give Linux a go. Of course, googling Linux the first hits are going to be Ubuntu and I’ve had my run in with Ubuntu in the past. Not really in a bad way but it is really different from Windows 7. My mind is blown that I have to know the terminal in order to get things done. Go easy on me, I was a Linux n00b back then. Anyway, I decided to keep looking for other distros and came across Mint.

Mint got me pretty far, it was light weight enough where my laptop wouldn’t completely bog down. It was close enough to windows interface wise. However, it wasn’t the kindest when it came to battery life. And of course, several updates later, things started slowing down again. I was on version 18 of mint at the time and v19 just came out. I tried to update to v19 but it was a botched upgrade. So, giving up for a while, I left my laptop again into cold storage till I started reading articles about other distros. There are some really small OS’s that pack a big punch. I found this article breaking down a list of distros to try that breath new life into old hardware.

That is how I found LXLE! Its a distro that is specifically designed to run Linux on really old machines. It’s a spin off of Lubuntu which is a spin off of Ubuntu which… you get the idea. LXLE comes fitted with some simple apps that can get you out the door and they mean it when they say it boots in 1 minute. I’m so used to long boot times that I’ll sometimes zone out and realize its prompting me for my login and I’m just staring blankly at the screen. I’ve only been using it for a few weeks now, but I have a feeling I’ll be using distros like LXLE until we get to the last stage.

Most tech does not make it this far. Hell, most tech do not even reach the revival stage. The too slow stage to most people is the end of the line. They don’t have the time or the knowledge to navigate around the issue. Most of the time that stage is caused by software exceeding the hardware resources. But what happens when the hardware starts breaking down? That is the second death. Usually a critical piece of hardware, like a screen, hard drive, CPU, Mobo, you name it. If its a core piece that needs replacement it makes a nice fork in the road. “Is it worth it to repair?”, “How expensive is it for a new part?”, if the answers are close enough to a new device, you’ll end up getting a new device.

You can prolong a second death by cannibalizing parts from other equipment. Other devices that have already gone through the cycle can be useful down the line. If my hard drive were to go tomorrow, I would still be OK since my wife’s laptop still has its drive. However, my wife’s laptop has a dead screen, so it’s already at its second death. Only until all the useful parts have been stripped can the device finally rest in peace.

Sorry if that got a little weird back there but for how much we rely and use tech, it’s good to give back a little and make sure that we make a little go a long way. And that long way can get your e-waste fully though the tech life cycle.