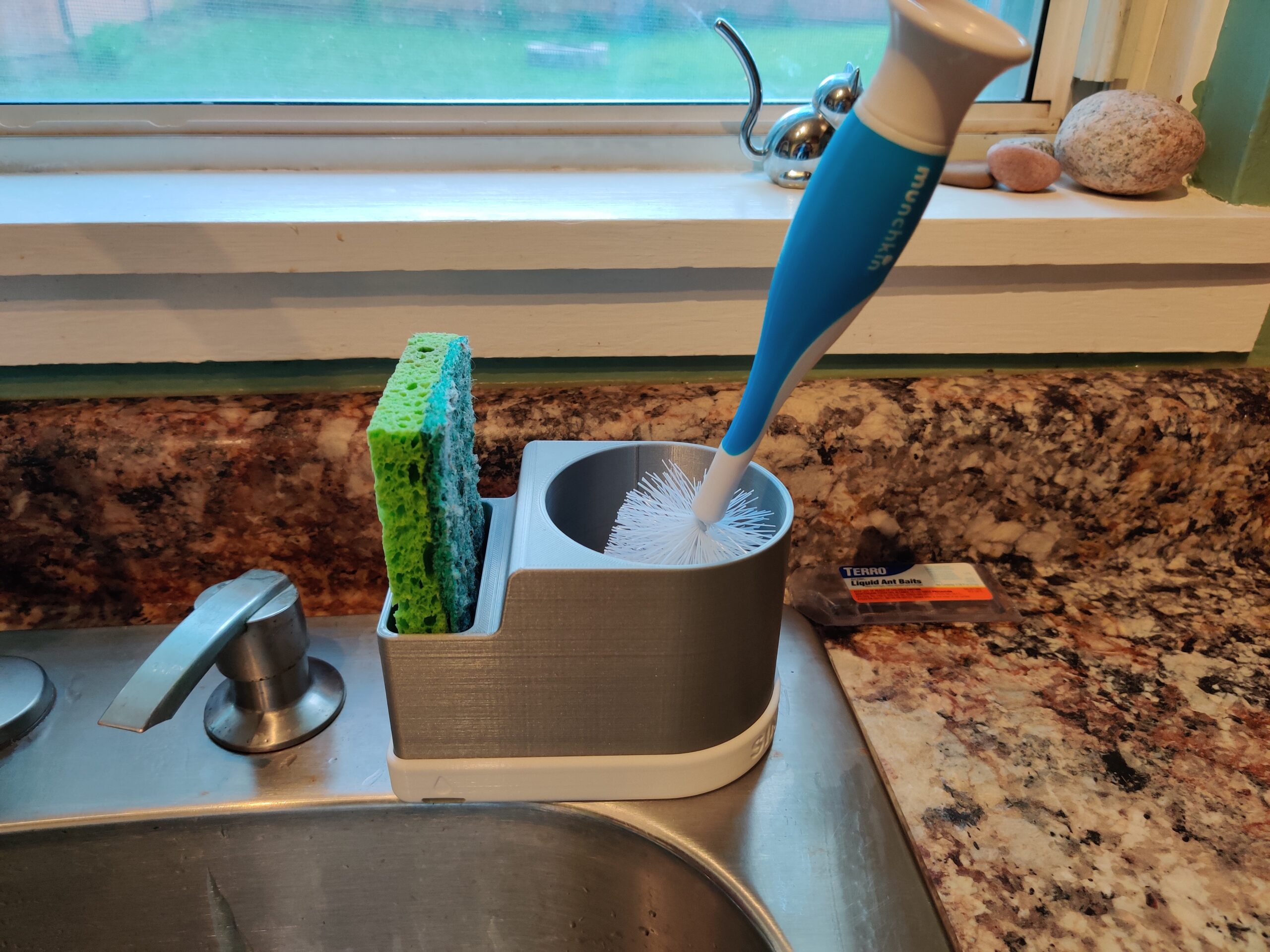 YAAAAAAAS! Another printing post! That’s right, the practical prints just keep coming! Last time I announced I have a new little joy in my life, so I might be posting less frequently. However, that doesn’t mean I’m gonna stop printing anytime soon! Lets go over what’s been in the works.

Life with a Poopy Pail

So with our new little one, things have gotten quite stinky around the house. To hold the stink at bay, my wife bought a diaper pail. This one opens via a foot press, but as it turns out, we picked up a habit of trying to open the pail with our hands. The problem is, there isn’t a good way to open the lid. There is no handle to grab or tab to lift.

Defeated in having to learn a new habit of using my foot… my wife asks “Can’t you like print something or whatever?” Like a small ember floating into a nice dry bale of hay, my fire for printing was re-ignited. And much like a bale going up in flames, it was a quick burn…

The design was fairly simple. Took me about an hour to make! I needed to measure the height of the lid, the length of the flat part on the face before it rounds, and roughly the depth of a finger. I went a little fancy by making the bottom thicker than the top. Got to scratch that artistic itch! Plus is saves me a little plastic. With that complete, I nabbed some double sided tape and slapped that sucker on.

And with that, no more poopy diaper smells in the house. Now, lets move onto another problem!

Next, we have to keep those bottles clean! Good thing I have a tool for that! The problem is, its very odd in its shape. Like a tooth brush, it either is perfectly balanced sitting in a glass, or laying in the sink getting gross. Again, my wife says “Why don’t you print a sink caddy or something?” Feeling confident in my last couple designs, I took a crack at making a caddy. Sadly, I don’t have the skills at making something that complicated. That’s where Thingiverse comes in!!

I found a suitable caddy. It’s not the most popular and didn’t quite meet the specs I was looking for. This one comes with a sponge compartment and a holder for the soap bottle. I attempted to load the STL into blender and modify it, but again the skills were lacking. Getting frustrated, I ended up just printing it just to see if it even works.

Unexpectedly, it came out well on the first try! Better yet, I was trying to balance the bottle brush in the soap holder when my wife again says “Why not just flip it upside down? Let the water drain from the brush and allow it to fill more space.”

Lo and Behold! The caddy was perfect! It drained the water from the sponge and brush right into the sink. No more will I have to worry about knocking that damn brush over in the middle of the night! But, enough about my prints for me, lets have a gander at what I’ve made for some other folks!

Making life Easy for Others

With all these practical prints going on at home, my life is slowing approaching zen-li-ness. However, work was still stressful. I needed a fix. No wife there to bluntly tell me to print something to make me feel better. I had to solve this one on my own!

Looking on Thingiverse, I found a potential fix. A little fidget called an Infinity cube! These little gizmo’s open and collapse on themselves over and over, making them the perfect little distraction. They are a great little doodle to play with while thinking about the code I’m writing or pondering a problem.

In fact, it worked so well that my coworkers took notice and asked for a few. I made 1, then 2, then 3. Before you know it, I was making a cube in various colors and sizes for nearly every warehouse employee. I don’t charge for my prints. The spool of PLA is $20, and it takes me forever to get through it, so if anything they are doing me a favor by asking for me to print them things.

And with those being printed and the job queue cleared up, my little Ender 3 anxiously waits for the next job.

Oooh do I have some exciting thing brewing! No its not another baby! But it does involve my printer and a few major enhancements 🙂 While I’m working on that, I’ll probably word vomit about some video games I’ve been playing.

Either way, thanks for stopping by and we’ll see you all next time!