Float Tanks: Trip to the Upside down 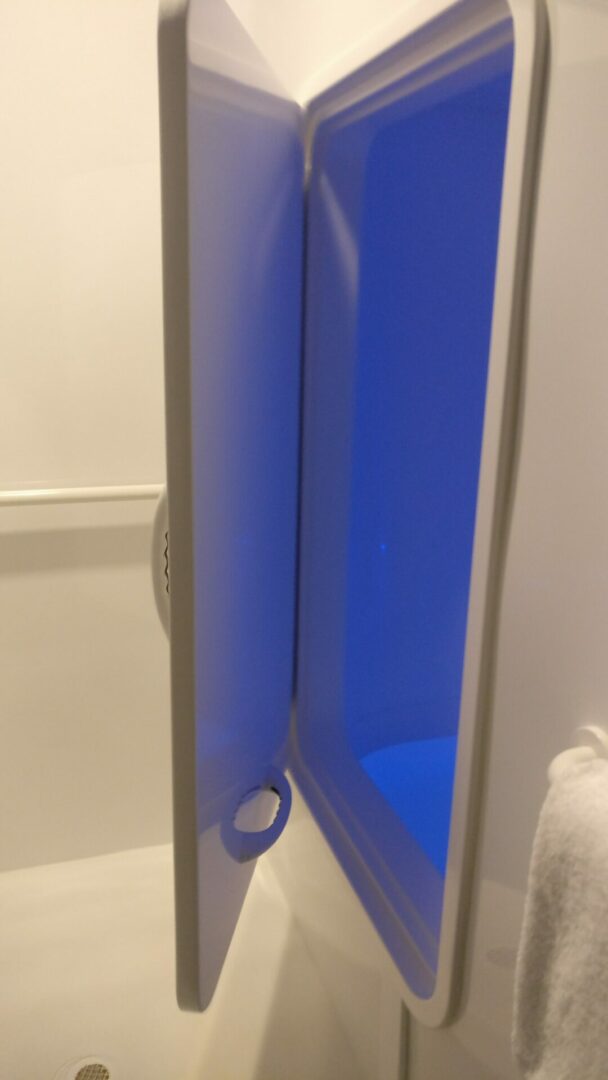 Recently, I upgraded my home Wi-Fi to a mesh network and all my ipconfigs changed. So until my lazy ass decides to go into my raspberry pi and fix the config, my printer will be offline 🙁 But! That doesn’t mean I can’t still ramble about non-3d printing things! This time, we take a trip over to talking about tripping balls. This time, we are talking about Float Tanks!

I’ve been a Rogan listener for a very long time, and while he hasn’t talked much about them recently, in the past he would not shut up about float tanks. I figured if Joe was into them, it’s worth checking out.

Da Fuck is a Float Tank?

Glad you asked! A Float tank is a form of spa treatment and or mental relaxation. Its usually a 6ft x 6ft tub, about 1ft to 2ft deep of water. Thousands of pounds of Epson salt saturates the water, this is to help keep you very buoyant and above the water. The tub also has heaters to keep the water at a nice constant 97F. Also, the tub is inside a chamber to help achieve total darkness.

You start with taking a shower before you hop into the tank. Showering removes all the oils and debris from contaminating the tank, so wash well! Also, you’ll slip in some ear plugs to help keep the salt water out of your ears. An ear full of dried up salt can get pretty nasty and hard to clean. Worse than an ear full of salt is an eye full of salt! Make sure you itch/rub/prod/scratch/adjust/caress/admire anything on your face BEFORE you get into the tank!

Ok, so this sounds just like a nice (or terrifying) bath, what’s the big deal? Sensory deprivation! Isolating your brain from all feeling! Between the lack of sight from the dark and lack of feeling from the water temperature matching your skin, all feeling is pretty much lost. Now, I’ve never done any psychedelic’s (unlike our buddy Rogan!) but from my experience in the tank, I would have to guess it’s fairly close. Lets go over some!

Floating to the Upside Down

Ok Ok, its not that dramatic… at first 🙂 The first time I did a float, I was too excited to fall asleep or stay perfectly still, so I never really hit that completely Zen state. The second time around however, it was very Zen. Being able to fully relax, I was able to get into a half dream half awake state. At one point, I remember feeling like I was floating in space, and that the water I was in was actually spacetime. I melted into the fabric of space.

The third time around, I changed things up by bringing my phone in the tank with me. I made a Zen playlist full of ambience artists like Carbon based Lifeforms and Phutureprimitive. The float is only for an hour so you don’t need a lot of songs.

Pro-tip, make sure you put your phone in some kind of water proof bag. Lithium ion batteries and super salty water don’t do too well together. I just put my phone in a zip lock bag with some air in it, and lay it on my chest as I float. Getting the music volume right can be a tad tricky, between the earplugs, the case/bag the phone is in and the echo from the chamber.

When done right, it really enhances the dreams and can get your brain into a deeper state. But as of my last float, it was not as Zen as I hoped for 🙁

Recently, I’ve been having a lot of fun with anxiety and panic attacks. What’s better way to quell them than to hop into the tank! Yeah, turns out, sticking my anxious self into a pitch black tank for an hour isn’t as calming as I thought. My last float was more or less a mental thrashing. Trying to fall asleep with a racing mind and a brain playing tricks on you the whole time is far from calming.

I remember at one point I had my eyes wide open in the darkness and I started seeing a blue haze above me. Almost like a Nebula off in the distance or one of those spots you get from looking at the sun for too long. Then, in my peripheral, my eyes would see something really bright. The best way I can describe it is if you close your eyes and off to your side is a bright lamp. You don’t see it directly, but you can still sense the light and know its there.

Closing my eyes helps, which makes me thing that my brain was trying really hard to rationalize. “My eyes are open, but I don’t see anything?? Fuck it, I’m making things up….” – Franks brain. This is probably the only downside to floating I am discovering. Depriving your brain of all sense and then letting it get anxious, it can ruin a session.

To Float or Not to Float

That is the question… I say Float! For me, I just need to make sure I go in a good mood or have my coping tools ready. It’s good to exercise the mind and let it run free. It’s good to experiment, explore new mental outlets, throw your mind some curve balls to see what happens. It’s good to float 🙂

See you in the tank